Mom buys a 6.5 million dollar apartment for her child….The Child is 2 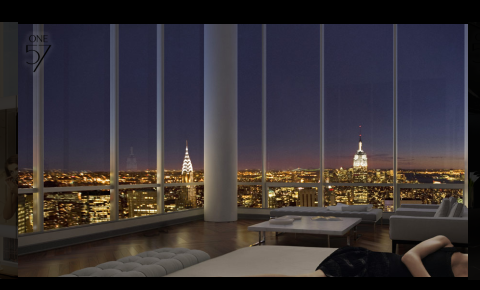 If you worry that you’re spoiling your child, then this might make you feel better: A mother in China has bought a $6.5 million New York City apartment — for her toddler. According to reports by Chinese broadcaster CCTV, Sotheby’s senior vice president Kevin Brown confirmed that the anonymous woman bought the apartment in preparation for her daughter’s future college years at one of America’s best universities.

“[The woman] said, well, her daughter was going to go to Columbia, or NYU, or maybe Harvard, and so she needed to be in the center of the city and that was why she was picking this one particular apartment,” Brown told CCTV. “So I said: ‘Oh, how old is your daughter?’ And she said: ‘Well, she’s 2.’ And I was just shocked.”

The apartment is the One57 tower , a 90-floor, 1,004-foot glass skyscraper overlooking Central Park. The New York Times reports that the tower is slated to be the tallest residential building in New York when it is finished next year.

According to Time, the extravagant purchase has left “tongues wagging” in China about where the money could have come from, with rumors floating around on social media that the woman is related to a “corrupt government official.”

That, or she might just be really, really rich.