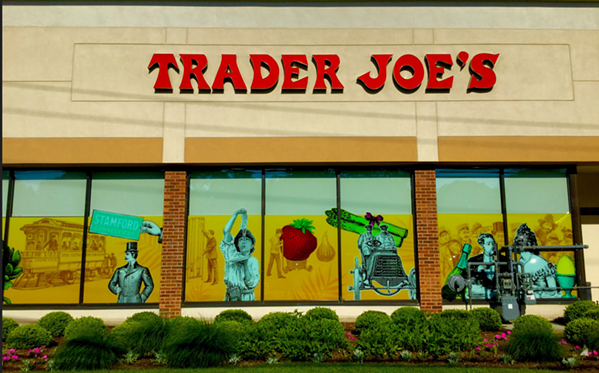 At long last, Trader Joe's — the grocery chain that has inspired a cult of fans since it opened in California in 1967 — will be opening a store in the New Orleans metro area. On Sep. 23, TJ's will open the doors at 2949 Veterans Memorial Boulevard in Metairie, introducing locals to the wonders of Triple Ginger Snaps, guacamole made with Greek yogurt, frozen flatbreads and, of course, Two Buck Chuck (which may not be two bucks any more, but the name stuck). TJ's also is hiring (and jobs start at $10/hour), so if you've always wanted to don a Hawaiian shirt while directing foodie-yuppies to the frozen Chickenless Orange Mandarin Morsels, get in your applications at the Veterans store from 10 a.m to 6 p.m.In 2011, we explored why New Orleans didn't have a Trader Joe's yet, and the 2012 news that Baton Rouge was getting one set hopes high that the store soon would come to New Orleans. The Metairie location was announced in July 2015.