Cheesecake Factory to open at Lakeside Mall in Metairie 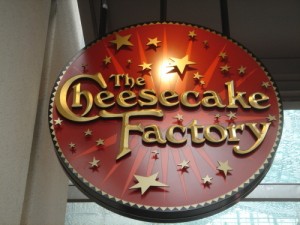 When completed in May, the restaurant will be The Cheesecake

On par with most of the chain’s other restaurants, the new space will seat 245 in three interior dining rooms and feature two patios, a bar, bakery and valet parking.

The northeast entrance of the mall, which is next to the Cheesecake Factory site, is undergoing a significant facelift that will be also be completed in May, mall officials confirmed.

Deerfield Beach, Fla. contractor RCC Associates Inc. filed a construction permit for the site on Jan. 30 for $7.4 million, according to parish records.

The Cheesecake Factory will be joining several new tenants at Lakeside when it opens this summer. They include Pandora, The Engraving, Well, and Janie and Jack, and a Vera Bradley store that is set to open this spring.