U.S. senators pushing for a four-year delay in massive flood insurance rate hikesannounced a new strategy Tuesday. They hope to add their legislation to a bill authorizing defense spending.

The continued push in Congress to suspend premium increases is encouraging news for hundreds of thousands of homeowners and businesses facing the higher bills.

Adding the legislation as an amendmentwon’t necessarily be easy, though. The measure most likely will need the unanimous consent of members to be brought up for a vote. That means one member could kill the effort.

That is what happened in May when Sen. Pat Toomey, a Pennsylvania Republican, blocked a similar flood insurance bill proposed by Louisiana Sen. Mary Landrieu.

It is a good sign that the current flood insurance legislation has broad support. Ten U.S. senators and roughly 20 House members were involved in hammering out the bill, which was unveiled in late October. There are numerous cosponsors now.

The legislation would delay most increases under the 2012 Biggert-Waters Flood Insurance Reform Act for four years while FEMA conducts an affordability study and creates new flood maps.

Perhaps his colleagues can persuade Sen. Toomey of the need for a delay. If not, perhaps his constituents could.

Flooding in 14 counties in Pennsylvania in July caused almost $20 million in damage, and Gov. Tom Corbett requested federal aid to help the communities recover. “Several weeks of heavy rain and severe storms have left their mark on much of western Pennsylvania,” the governor told reporters in August.

Now residents in Western Pennsylvania are worried about their flood insurance rates skyrocketing, according to TribLive in Pittsburgh. “It’s significant, what’s going to happen to these people,” said Mike McGroarty Sr. of McGroarty & Bradburn Insurance in Robinson, Pa. “It is going to be devastating.”

Louisiana residents understand the ramifications of Biggert-Waters very well. Some Louisiana homeowners are facing bills of $10,000 per year or more for flood insurance — which can’t be paid in installments and is required by most mortgage companies.

The squeeze is also being felt in New York and New Jersey, where Super Storm Sandy swamped coastal communities last fall. Some people are afraid they won’t be able to afford to stay in their homes, but won’t be able to find a buyer who can afford the insurance, either. Others are afraid to rebuild their damaged homes because of the rising premium costs.

One of the most devastating changes in Biggert-Waters was the elimination of the grandfather clause that protected property owners from rate spikes driven by new rules or maps. That change could affect tens of thousands of people in Louisiana and Mississippi who rebuilt to Federal Emergency Management Agency standards after Hurricanes Katrina and Rita in 2005.

“We have a moral and economic duty to protect property owners who have played by the rules and built as their government told them to, and in accordance with the government guidelines in effect at the time of construction. They should not lose their homes and businesses,” GNO Inc. president and CEO Michael Hecht said in testimony for the House Subcommittee on Housing and Insurance Tuesday.

Mr. Hecht was representing the Coalition for Sustainable Flood Insurance, which includes nearly 200 businesses, trade associations and governments in 27 states. He told House members that the proposed legislation is a common sense solution and urged them to act on it quickly.

Implementing Biggert-Waters as is “would be economically unwise and morally unjust,” he said.

There is a basic unfairness in the act, and the consequences could be devastating for families and communities. An estimated 20 percent of the 5 million policyholders in FEMA’s National Flood Insurance Program are expected to see rate increases. That is 1 million families or businesses along the nation’s coastline and interior waterways. Some of them may be able to afford the new rates, but many will not. 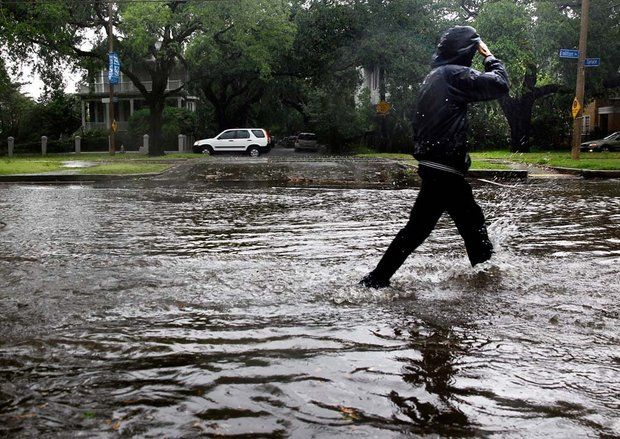 Biggert-Waters was meant to make the National Flood Insurance Program self-sustaining but could instead price people out of insurance and out of their homes. That isn’t right, and Congress needs to make sure it doesn’t happen.