Interest rates are the lowest they have been in months, Where Are Rates Heading in 2014?

It doesn’t look like promising news in the lending industry. Over the next year,analyst are expecting rates to go above 5%. In the grand scheme of things thats still an incredible rate, but for the more recent time,  it will be higher than buyers have expected.  What’s that mean for us?? Buy now and avoid the heartache when you see rates above 5%

Mortgage rates will likely rise above 5 percent in 2014 and average 5.3 percent by the end of 2015, according to the Mortgage Bankers Association’s forecast.

That would mark a big jump over where mortgage rates stand now. The MBA reported this week that the 30-year fixed-rate mortgage averaged 4.33 percent, the lowest average since June.

The MBA expects that the Federal Reserve will decide to taper its $85-billion per month bond-purchasing program in early 2014 and end it altogether in September 2014. The Fed’s bond buying program has been keeping mortgage rates low. The Fed has hinted in recent months that it will soon be winding down the program.

“As a result, mortgage refinancing will continue to drop, and borrowers seeking to tap the equity in their homes will be more likely to rely on home equity seconds rather than cash-out refinances,” says Jay Brinkmann, the MBA’s chief economist. 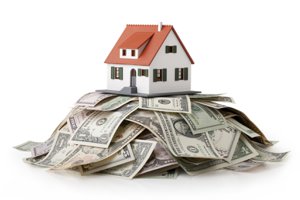 The MBA said in its forecast that it expects home purchase applications for mortgages to rise 9 percent next year, following expected continued home sales and price increases.

However, the MBA projects that overall mortgage originations will drop 32 percent in 2014, as the number of refinancing applications post a large drop in the new year due to expected rising interest rates.

While refinancings make up the bulk of home applications today, that trend is expected to reverse next year. Purchase loans are expected to make up 60 percent of originations next year compared to about 38 percent this year.

“We are projecting home purchase originations will increase in 2014 due largely to gains in home sales and home prices,” says Brinkmann. “We expect to see a decline in the share of sales paid for with cash, and higher average LTVs on purchase mortgages, due to the rise in home prices.”