Louisiana named top 10 state to Own a Home

Louisiana scores again as a great place to buy a home.  Today we see the breakdown  of homeownership cost vs the household income.  What’s that mean? You can buy a home in Louisiana and have plenty of money to still go to festivals, Saints games, The Saegner, restaraunts, etc….

Buy a new home in Nola! 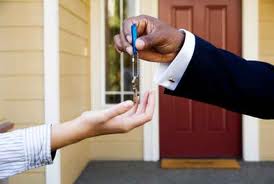 The average American spends about 23 percent of their household income on home ownership costs, including insurance, mortgage payments, taxes, fees, and utility bills. But that percentage can vary quite a bit from state-to-state, according to an analysis by the Census Bureau.

Some states are less expensive to own a home than others, with some of the lowest home ownership costs found in Midwestern and Southern states, according to the Census data.

The following are the states with the lowest home owner costs, in which housing costs make up less than 21 percent of the household income, on average.