The Old Metairie railroad track rerouting has been gaining some steam…pun intneded. Up to 30 trains pass through Old Metairie near Winston’s and throughout the neighborhood, each day.  The plan is to reroute the tracks and hopefully eliminate the headaches, especially along the busiest 2 lane street in Louisiana, Metairie Rd.

Railroad freight traffic could be shifted of tracks that run through one of Louisiana’s most affluent neighborhoods if planners get their way.

But it could take $700 million to make the change.

State transportation officials are studying whether to reroute freight trains from a track that bisects one of the most affluent parts of Metairie to a combination of tracks that would parallel Earhart Expressway and pass through the Hollygrove neighborhood on New Orleans’ western edge.

Jefferson Parish officials support the plan. State officials say an environmental study will conclude at the end of 2014, at which time they will seek public comment. 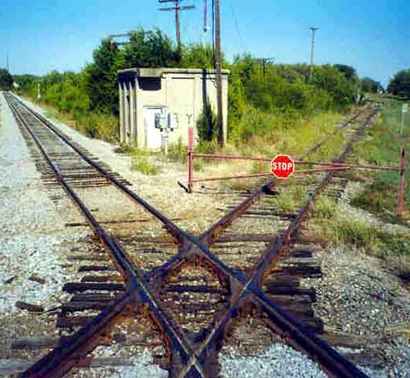 Jefferson Parish President John Young told attendees at a meeting last week that “for the first time in history” the railroads have come to agreement on a course of action. Officials of the Norfolk Southern Railway, Canadian National Railway and CSX Transportation say they’re awaiting the study before making a choice.

The Port of New Orleans, meanwhile, said in a statement that the middle belt “would be a good solution to the need for more capacity” and “at a minimum”

the railroads should set a joint operating plan if the current route stays in place.

It’s not the first time that the problem has been studied. The first of at least eight publicly funded studies on the subject is 38 years old. Generations of Old Metairie residents and commuters have endured seemingly endless delays.

One option in the current New Orleans Rail Gateway study is to keep the main east-west route through Metairie and while elevating the tracks to eliminate chokepoints at road crossings. The other is to reroute rail traffic along Earhart Expressway through Hollygrove and onto the lightly used tracks along Airline Drive in Jefferson Parish.

Dean Goodell, the state transportation department manager overseeing the project stresses the need to complete the study and says planners are staying neutral. But he points to “some pretty obvious benefits” to the middle belt option. One is removal of railroad crossings over Interstate 10 and Airline Drive, which would permit the elevation of flood-prone dips in those roads.

Either set of improvements could take more than a decade to pay for, officials said.

“They are taking it out of Old Metairie, where they have all those rich white folks, and bringing it down through Hollygrove, where you have not-so-rich black folks,” he said. “Nobody is happy with it, but what the hell can you do?”