From the garage to everyone’s hands, everyone knows Apple.  And the garage where it all started is now getting some notoriety.

The single-story, 1952 home in Los Altos, Calif., was the launching pad for one of the most iconic companies — and people — in tech history, and that’s why it should be granted historical status, says The Los Altos Historical Commission. It’s taken on even more meaning since Jobs’ death in 2011, the commission adds.

“We wouldn’t be looking at landmark status, but just adding it to the historic resources inventory,” Zach Dahl, staff liaison to the commission, told ABC News.

The majority of historical properties in Los Altos gained their status because of their architectural significance. Jobs’ childhood home would be different, recognized as the site where the first Apple computer was created.

The property is currently owned by the Jobs Trust and is not for sale. The three-bedroom, two-bath home is valued at $1.5 million. 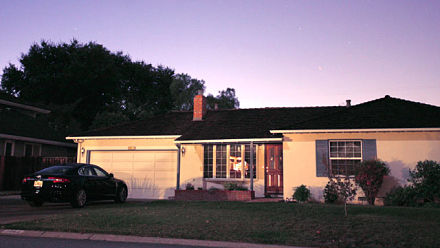