The number of owner households has been flat over the past several years. 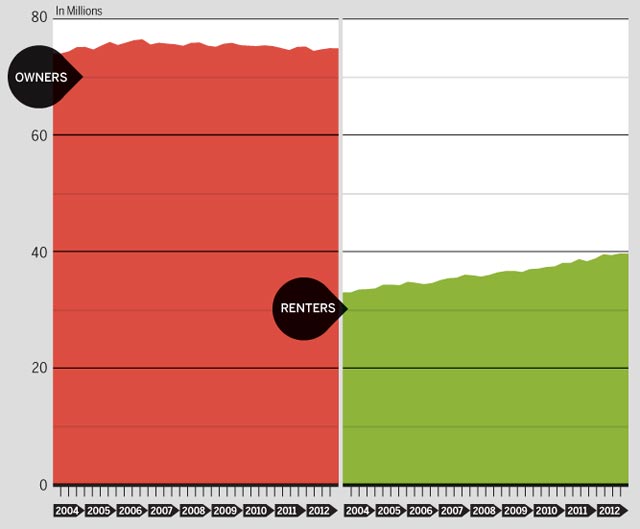 Despite U.S. population growth of roughly 1 percent per year, the number of owner households has held steady, in the range of 75 million since 2007,  while the number of renter households has increased from 35 million in 2007 to nearly 40 million today. Some renters who’d like to take advantage of today’s favorable prices and interest rates are finding credit standards too tight to obtain financing. NAR warns that continued tight credit conditions threaten to widen the wealth gap between owners and renters.