'This thing is so far reaching': Flood coverage hikes coming for 8 out of 10 Louisianans 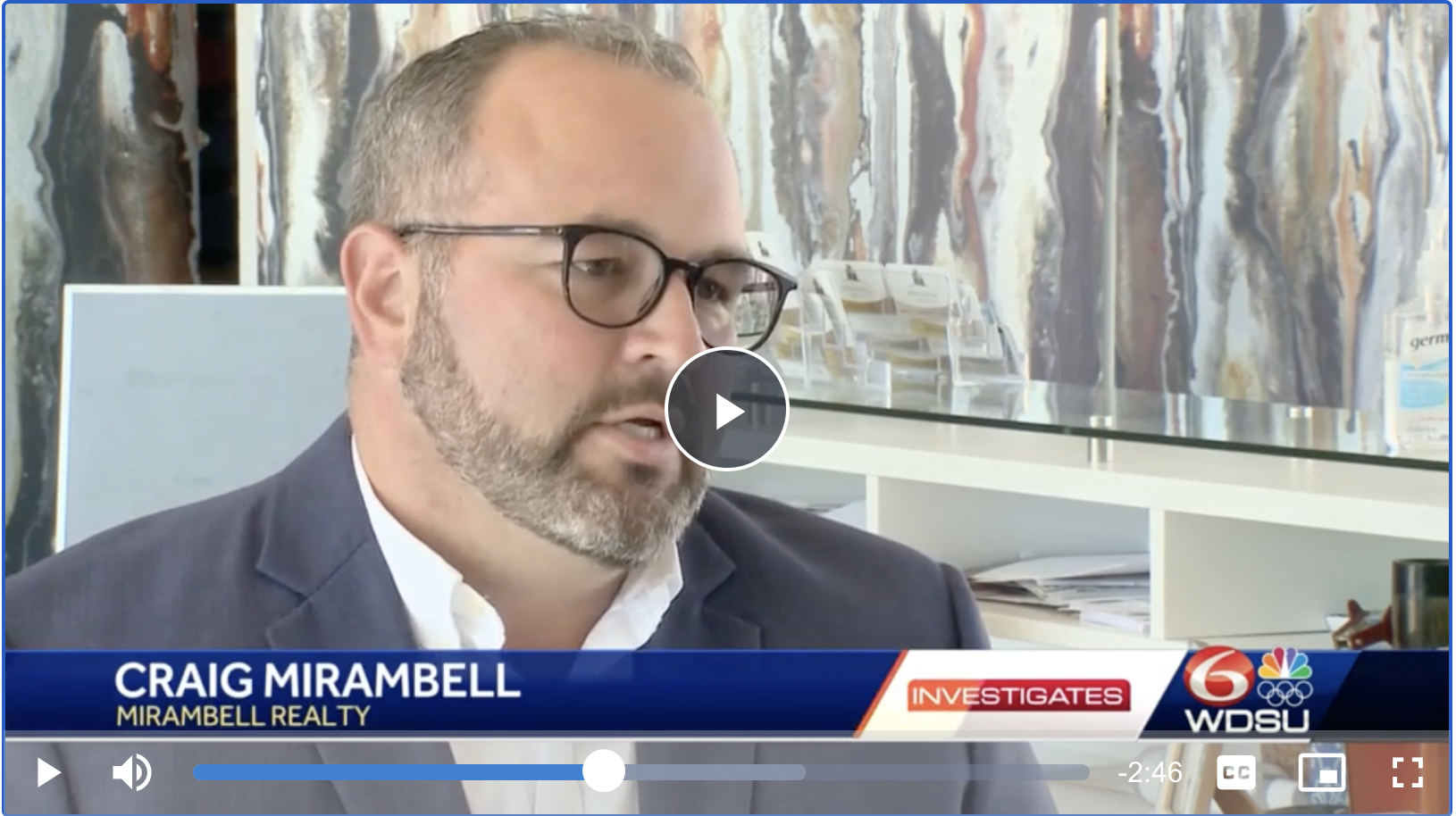 Gibson resident Misty Guidry wishes she hadn’t let her flood insurance policy lapse, she said. Now, if she wants coverage at their home in a rural community outside Houma, her family will have to retool their budget to afford it.

She recently asked her insurance agent what the new rate would be, Guidry said. He advised her to sit down before she read the figures. When she opened the email, she said, her heart dropped.“I was stressed out telling my husband like, ‘Oh, my God, what are we going to do? This is an extra $400 to $500 a month,’” Guidry said.

Her new rate is based on Risk Rating 2.0, Federal Emergency Management Agency's new system for calculating premiums for the National Flood Insurance Program. For most across the country, rates will shrink, but many in coastal areas like Southeast Louisiana will be hit hard.

“In Louisiana, 80% of policyholders will see increases in the first year. For some, premiums may become unaffordable and could collapse the value of their home,” U.S. Sen. Bill Cassidy said on the Senate floor in September, in a pitch to delay implementation of the program.

New rates for people without a current flood insurance policy already went into effect in October. Homeowners who have a flood policy won't realize the impact on their monthly nut until policies are renewed starting in April.

Mirambell said he's afraid some sellers may have to lower home prices to make up for high flood premiums, which could result in selling at a loss. He said he also worries for those on fixed incomes who have trouble selling and can't afford the premiums themselves.

“If you can't make these payments every month, there might be foreclosures that happen over the years, just because of the flood risk map 2.0,” Mirambell said.

It's a concern felt by Gov. John Bel Edwards, as well. His office said in a statement to WDSU FEMA should work with states where homeowners' property values are being jeopardized, and "he is worried about RR 2.0’s impacts to grandfathered properties & policyholders with low/fixed income."

Those who aren’t forced to buy flood insurance based on the flood zone they live in or because their mortgage is fully paid may forgo coverage if they face big rate hikes, Bubrig Insurance Agency owner Bill Bubrig said.

“What else do you do? You feed your family buy flood insurance. And some people that's, you know, it could be that drastic,” said Bubrig, who lives and works in Belle Chasse.

In a statement to WDSU, National Flood Insurance Program Senior Executive David Maurstad said it’s reasonable to expect some policyholders to drop their policies as rates go up. But he claimed the more modern, risk-based and property-specific system will increase the salesforce.

“The question is do we increase premiums equitably based on risk and replacement cost value or inequitably where low-value homes and less risky homes continue to subsidize higher risk and higher value homes,” Maurstad said in the statement.

Cassidy said the new system was meant to fix a problem where less flood-prone, lower-priced homes were paying the way for oceanfront mansions to have coverage, but an unintended consequence may be middle and working-class homeowners in our region struggling to afford the hikes.

"This thing is so far-reaching, and people don't know about it yet," she said.

Bubrig said when looking up new rates for his various clients' addresses, rates sometimes seem arbitrary, which he’s having a hard time explaining to clients.

“It's hard to say what 2.0 takes into account because the algorithm that calculates it is proprietary. They won't really tell us exactly how they calculate these numbers,” he said.

His complaint about a lack of transparency is echoed by Cassidy and Gov. John Bel Edwards.

Both elected leaders sent letters to FEMA Administrator Deanne Criswell asking how factors are weighted to come up with the rate. Those answers would help instruct homeowners and builders on how to mitigate by building to those specs to bring rates down.

Bruce Layburn with JBL Properties in Harvey has built homes in the region his whole career and said knowing exactly how factors are weighted into FEMA’s formula could help homebuilders do a cost analysis to decide if it’s worth adjusting plans to get the homeowner a lower flood insurance rate.

“If it's going to be built on piers off the ground, we can tell them that cost,” Layburn said, adding, “We need to tell them what the premium savings is. We're asking for keys access to the flood rating engine.”

One factor clearly used, Bubrig said, is how close homes are to water, even if the home is protected by levees and has little to no history of flooding. In a statement to WDSU, Edwards said he agrees with levee boards that the state's investments in flood protection, like levees, should be taken into account.

A FEMA spokesperson directed WDSU to “page 3-27” of the NFIP Flood Insurance Manuel for a list of mitigation measures homeowners can take. A statement says measures include elevation and adding crawlspaces and flood openings to drain floodwaters.

Cassidy said in a statement to WDSU FEMA has still not provided critical information to policyholders.

"We have repeatedly asked for answers and accountability, but have only gotten talking points. That is completely unacceptable when families in Louisiana have to worry about how they are going to afford to keep their home," he said.

HUNDREDS TO THOUSANDS FOR SOME

Bubrig lives in view of a levee that’s never overtopped. He said after learning the rate for his own home in Belle Chasse’s Jesuit Bend, which has not flooded since he built it 25 years ago, his family will likely opt out of coverage.

“We built to compliance, we built to where FEMA told us we needed to build to. But now with Risk Rating 2.0, we’re being hit with rates ..on our home in excess of $8,000, is what they're calculating our actuarial rate to be,” he said.

Mirambell foresees a problem, too: “It's going to go back to what it was during Hurricane Katrina in the Lakeview area where the majority was all flood zone X. A majority of those homeowners did not have insurance. And they went to FEMA looking for help. And luckily FEMA helped. But will that still be there? If these homeowners drop in a catastrophe comes through? Will we be able to get help?

Guidry said she’s not at risk of losing her home if they’re compelled to buy flood insurance, but she worries for those in her community who may be.

“It's really sad to know what's going to happen to those people around this area,” she said.

PUSH FOR A FIX

Cassidy, along with colleagues from Louisiana's delegation in Washington, D.C., introduced the National Flood Insurance Program Reauthorization and Reform Act, which a spokesman from his office says "Places guardrails" on Risk Rating 2.0. Among the fixes proposed is one to make the annual increases more incremental, to 9% a year instead of 18%. It is co-sponsored by U.S. Sen. John Kennedy, Congressmen Troy Carter and Clay Higgins.

Cassidy's office says he will work to advance early this year.

In a statement responding to the elected officials' letters, the spokesperson tells WDSU FEMA, "takes feedback from legislators very seriously and engages directly with them to address their concerns."

GNO Inc CEO Michael Hecht said Risk Rating 2.0 has the potential to make it harder for families to stay in their homes or sell them: "Neither of those are good for families or good for the economy," he said.

His worry is it could hurt development and pressure people to leave Louisiana.

Hecht said homeowners should find out their new rates from their insurance agents and reach out to GNO Inc. with any astronomical hikes so the organization can provide FEMA and its congressional delegation with examples to push for change.

"Under the old system, premiums will continue to increase for all NFIP policyholders regardless of flood risk, indefinitely perpetuating the inequity of low-value, low-risk properties subsidizing high-value, high-risk properties year after year.

"Risk Rating 2.0 fundamentally improves the flood insurance landscape with its modern risk-based, property specific and actuarily sound rating system. This new system is less complex and easier for agents to understand, which we anticipate will increase our salesforce and ultimately our capacity for more sales."

“Premiums will increase to the same level under Risk Rating 2.0 and the legacy rating system. Under both systems, it’s reasonable to expect that some policyholders will choose to drop their policies as premiums rise,” said David Maurstad, a senior executive of the National Flood Insurance Program. “The question is do we increase premiums equitably based on risk and replacement cost value or inequitably where low-value homes and less risky homes continue to subsidize higher risk and higher value homes.”

Asked about a complaint about the lack of specific information on mitigation measures, a FEMA spokesperson said:

"There are mitigation actions a property owner can take to lower their rate. Properly elevating your machinery and equipment covered under the Standard Flood Insurance Policy mitigates some of your risk and can save you up to 5% on your premium. Having or introducing flood openings that would allow the potential floodwaters to exit the building also helps mitigate some of your risk and can save money as well.

"The amount varies depending on the unique characteristics of your home. For example, a building with a 5-foot crawlspace would save around 5% on their premium. Elevating your building also helps mitigate the risk and can lower your premium. For instance, elevating your building from 0 feet to 5 feet off the ground can save 34% on the premium. For full factors, please see Appendix D: Rating Factors at the following webpage under 'Technical Documents': Risk Rating 2.0: Equity in Action | FEMA.gov.