Uber is fantastic, there I said it. You order the car you want, you find out from your app how far away they are, bam, they arrive.  No calling dispatch and getting into a run down cab. Simply grab your smart phone while you are paying your bill and your ride will be waiting.  I can only hope New Orleans City Council allows this service to take of here.  From convenience to the added benefit of buying homes in Nola, knowing that our leaders are progressive and cutting edge will continue to help drive people into the New Orleans real estate market.

Don’t think Uber is that powerful, oh, i would beg to differ.

Read the story below from Nola.com

The digital car dispatcher Uber, which some business and technology champions cited as a barometer of the city’s receptiveness to innovation after it encountered regulatory resistance in New Orleans last year, appears to be stepping up its efforts to enter the market. 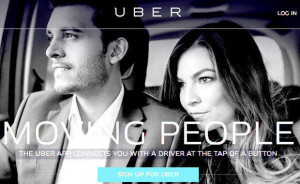 The San Francisco company has hired education technology entrepreneur Tom Hayes as general manager for its New Orleans operation. Hayes, in turn, said Wednesday that he is seeking to hire a marketing manager locally and driver operations manager who would coordinate with drivers and transportation companies participating in the Uber network.

Uber is a mobile application allowing people to order rides from their phones, track the locations of the cars they’ve hailed, pay for trips electronically and rate their drivers.

Hayes declined to discuss details of Uber’s plans in New Orleans, but he said, “Obviously, they’ve hired me.”

“We’re working to talk with the various stakeholders across the entire city,” Hayes said, citing government and transportation firms.

“We know there’s just incredible demand for this on the consumer front,” he said.

Like many Uber advocates, Hayes said that the service increases transportation options for customers.

“They’ll be in a much better spot and ultimately more satisfied with the choices out there,” Hayes said.

The New Orleans Taxicab Bureau last year issued Uber a letter barring it from operating in the city because it lacks the needed registrations under city codes.

Such reactions are familiar to Uber, which has been spreading its service nationally and internationally and encountering regulatory backlashes in spots around the world.

The company often clashes with the established taxi and limousine industry, with critics arguing Uber evades regulations that ensure safety, fair access for customers and protection against price gouging. The company doesn’t own cars or employ drivers but acts as a booking service for drivers.

The New Orleans block on Uber prompted an online petition, supported by many members of the city’s technology industry, imploring Mayor Mitch Landrieu to allow Uber. By Wednesday, the petition had more than 1,600 signatures.

The situation also drew attention at New Orleans Entrepreneur Week in Marchwhen New Orleans boosters Walter Isaacson, a native and bestselling author, and Jim Coulter, a billionaire investor from San Francisco who has taken an interest in New Orleans and invested in Uber, both said the city’s response to a service that has become popular in many locations sends a poor message about the climate for new business and technology.

Tech entrepreneur Joe Corbett, who runs an Internet design agency in Washington, D.C., but also has worked in New Orleans and has family and professional contacts in the city, is an Uber fan and company observer who started the New Orleans petition. He said Uber recently asked him to speak about a regulatory point before a panel of the city council in Washington, where the service operates and Corbett uses it.

“People want the government not to get in the way of innovative businesses,” Corbett said.

“My impression is that they’re arming and getting ready to move into New Orleans,” Corbett said.

Based on Uber’s approach in other cities, Corbett said, the company could decide to launch even without regulatory approval.

“If the city’s unwilling to work with them, they’re just going to come anyway, because that’s what they do,” Corbett said.

Once the service is available, he said, customer demand makes it difficult for cities to keep resisting.

New Orleans City Hall has issued statements in the past saying officials are willing to work with companies such as Uber on securing permitting for their operations. City officials haven’t responded to requests for an updated position on Uber for this article.

Hayes, meanwhile, said he continues to run his startup, Haystack EDU, a job and career site for teachers, as a side project to his new job at Uber.