Lakeview’s boundaries are: Robert E. Lee Boulevard to the north, Orleans Avenue to the east, Florida Boulevard, Canal Boulevard and I-610 to the south and Pontchartrain Boulevard to the west. Lakeview is sometimes used to describe the entire area bounded by Lake Pontchartrain to the north, the Orleans Avenue Canal to the east, City Park Avenue to the south and the 17th Street Canal to the west. This larger definition includes the West End, Lakewood and Navarre/Old Lakeview neighborhoods, as well as the Lakefront neighborhoods of Lakeshore and Lake Vista.

In the 19th century and early 20th century, the area was mostly undeveloped swamp. The New Basin Canal was cut through the area in the early 19th century.Though the Navarre/Old Lakeview section, encompassing the area between and around City Park Avenue and Florida Avenue began developing slowly early in the 20th century, large scale residential development of most of the area began after World War II, with the predominant housing style being bungalows.Originally, Lakeview was mostly middle class, but it became more economically upscale in the last couple decades of the 20th century. By the late 20th century, many larger newly-constructed homes had replaced older, more modest homes in much of Lakeview.With its easy access to the waters of Lake Pontchartrain, Lakeview now has a large sailing and boating community and is served by two yacht clubs, the New Orleans Yacht Club and Southern Yacht Club. The neighborhood is dominated by two large parks, New Basin Canal Park and City Park.

Be on the Boulevard, the St Charles of Lakeview! Fantastic location just off Harrison steps to restaurants, boutiques, etc... Conveniently to lakefront, Metairie, & 15 mi...

VERY RARE OPPORTUNITY TO BUILD ON THIS OVERSIZED LOT IN THE HIGHLY SOUGHT AFTER PARK PLACE NEIGHBORHOOD. Enjoy living in your beautiful custom designed forever home in t...

VERY RARE OPPORTUNITY TO BUILD ON THIS OVERSIZED LOT IN THE HIGHLY SOUGHT AFTER PARK PLACE NEIGHBORHOOD. Enjoy living in your beautiful custom designed forever home in t...

This home is owned by a Real Estate Broker licensed in Louisiana, the listing agent is the owner. The home has hard wood floors, high ceilings, open entertaining floorpl...

Clean lines, asymmetrical architecture, wood and stone elements are just a few of the design features in this contemporary new build. Versatile, open floor plan with 12' ...

Looking for the perfect home in the perfect place? Chances are you'll want to check here first. 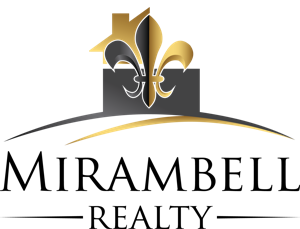